by Erboristeria Como | Jun 16, 2021 | Natural remedies and our useful tips 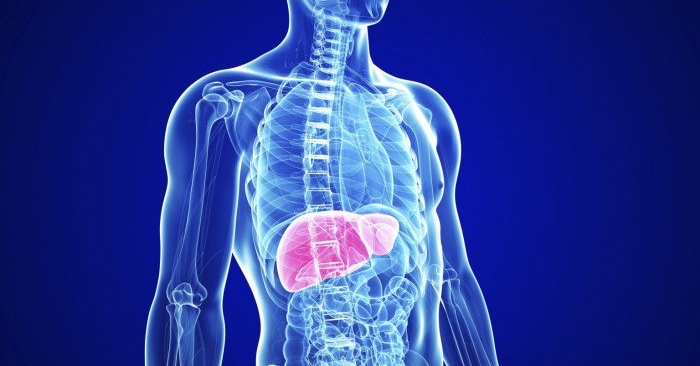 Cleanse liver: The liver performs very important functions for our metabolism, for this reason it is necessary to keep it always in good health: discover with this post how to detoxify the liver naturally.

The modern era often leads us to live in an unnatural way. We eat of running and of often unhealthy food, we breathe polluted air, rich in heavy metals, we are often stressed because of the frenetic rhythms. All this can inevitably lead to the accumulation of toxins, resulting in discomfort in the liver, almost always causing metabolic imbalances.

The first indications of a condition of discomfort in the liver can be: bad breath in the morning, fatigue, slow digestion, bad concentration, intestinal dysbiosis, lowering of the immune system and many other functional problems. Physical appearance can also be affected by these factors. The beauty of the skin, the brightness of the face, the expressiveness often depend on the ability of the excretory organs to correctly eliminate the waste substances of the organism.

Liver and kidneys are the most important apparatuses to which the task of eliminating accumulated waste is relegated. The congestion of these organs provokes the negative manifestations of which we have hinted.

Why cleanse the liver?

The liver is the largest organ in the human body. It occupies the upper quadrant ds of the abdominal cavity. Why is the liver so important?

Which plants are useful in herbal medicine for liver and biliary tract?

Hepatoprotectors are traditionally used in cases of liver disease, such as hepatitis and cirrhosis. With regard to bile and biliary tract, it is traditionally made use of colagogues (phytotherapics that stimulate bile flow in the intestine) or choleretic (those that stimulate bile secretion); however many choleretics also have colagogue activities.The main therapeutic applications of choleretics / cholagogue are dyspepsia, cholelithiasis and biliary dyskinesia.

Here according to the ESCOP, the traditional plants indicated for cleanse liver:

As is correctly observed by Firenzuoli, it is necessary to modulate the interventions very carefully because, sometimes, the liver needs only to rest rather than being stimulated by drugs to excessive or too specific choleretic activity and / or colagogue.

At the phytotherapeutic level which treatment do you recommend?

Among our products to advise you are:

Our most useful and effective supplement to purify, on the other hand, is Italic depurative. Italic depurative was born from an ancient recipe found in the annals of the phytotherapeutic tradition and is built in the hills of the Florentine Chianti area with the guarantee of control of the production chain.
Italic depurative is among other things gluten-free and naturally lactose-free and, unlike many other formulations, has a pleasant taste of green apple which makes it pleasant to take, although no sugars or synthetic sweeteners are used (such as acesulfame , aspartame, sucralose).

Italic depurative, with the synergistic action of three important plant species, milk thistle, dandelion, tamarind, manages to rebalance the metabolic activity and to harmonize the physiological exchanges; why this formulation?

The German E Commission recommends the drug for the treatment of digestive disorders and an extract (standardized to 70% in silymarin) for hepatic alterations and for the adjuvant treatment of hepatitis and chronic cirrhosis. Italic Depurative contains a very high dosage of milk thistle extract with the guarantee of a standardization in silymarin: as much as 700 mg per day.

Dandelion: Thanks to the presence of taraxacin, dandelion facilitates and improves digestion by increasing the secretion of the digestive glands and stimulating the production of saliva, gastric and pancreatic juices. It exerts a protective effect on the liver, stimulates the production of bile and facilitates the emptying of the gall bladder. The increase in bile production favors, in turn, intestinal movements. The inulin contained in the extracts from the root acts as prebiotic, ie contributes to the well-being of the beneficial bacterial flora (Bifidobacteria). Its flavonoids act on the kidneys, increasing the production of urine and facilitating the elimination of excess fluids, toxins and waste substances. In addition, stimulation of biliary secretion gives dandelion an excellent depurative action, even in diets rich in fats. Root extracts can be useful against chronic constipation.

Tamarind: tamarind is a plant rich in active ingredients; the minerals and vitamins present in tamarind are potassium (present in large quantities), phosphorus, magnesium, sodium, calcium, selenium, vitamin A, B1, B2, B3, B5, B6, vitamin C. Among the amino acids, those present they are lysine, tryptophan and methionine. The acid taste of tamarind is due to tartaric acid, responsible for the regularity of intestinal transit. It has protective and decongestant properties against the liver, facilitates the emptying of the gall bladder and prevents biliary disorders. Recent studies have shown that tamarind extracts have a remineralizing and refreshing effect. Recent studies have also found that tamarind contains in its pulp some antioxidant substances such as caffeic acid and ellagic acid. It also reduces the absorption of carbohydrates.

Cleanse liver: Who should you recommend Italic Depurative?

To all those who wish:

How to take it?

It is good to take 25 ml per day of Italic depurative to be diluted in a glass of water, preferably mid-morning away from meals, for at least 20 days, three times a year (for example, during season changes).

Cleanse liver: which feed to follow during the purifying treatment?

And for those who also want to improve the skin?

Visit our herbal department or Contact us for more information about Cleanse liver.

ALL RIGHTS RESERVED, THIS TEXT CANNOT BE REPRODUCED WITHOUT EXPRESS AUTHORIZATION OF ERBORISTERIA COMO