Why does hair turn gray and Ashwagandha benefits

by ErboristeriaComo | Feb 8, 2022 | Natural cosmetics for face body and hair 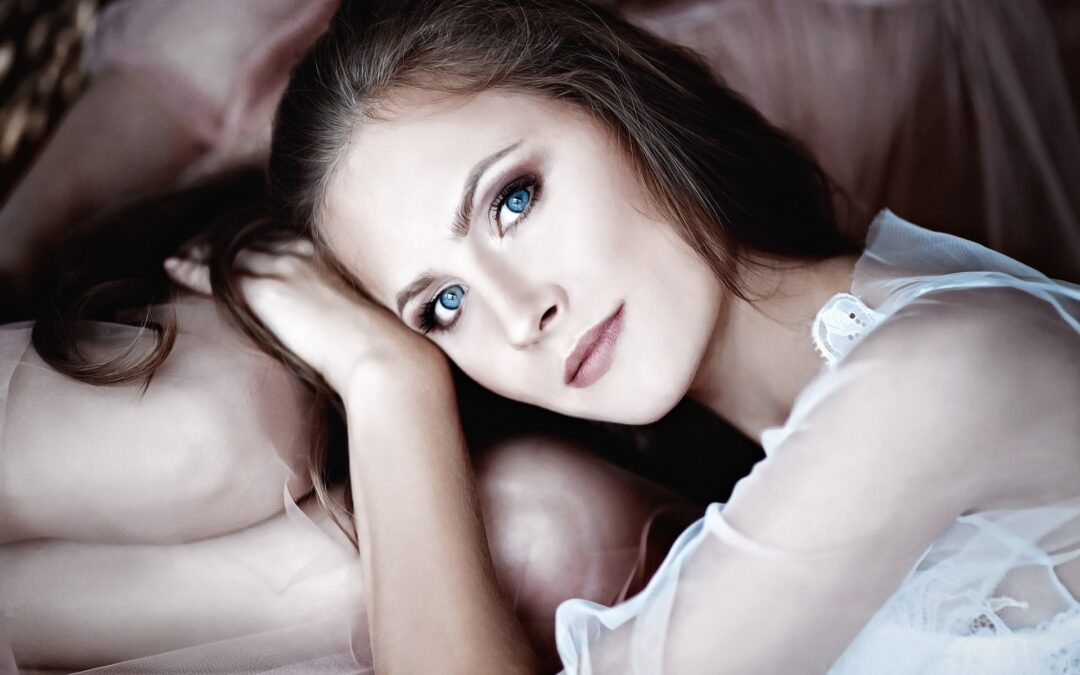 Ashwagandha, or Ginseng (Withania somnifera), is an Indian plant used by Ayurvedic medicine for about 3000 years as a tonic and adaptogen. Few have its potential to strengthen hair and repel graying.

Ashwagandha: how to recognize it

Withania somnifera, also commonly known as “Ashwagandha” or “Indian ginseng” is an essential therapeutic plant of the regions of
Indian subcontinent. Ashwagandha belongs to the Solanaceae family. Withania is a small bush that grows in the arid areas of India, which has whole oval leaves and red berries; the flowers are axillary, in bunches, and appear in spring-summer. In Withania Indian folk medicine both roots and fruits are used. 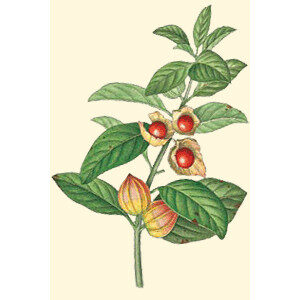 Ashwagandha: what it contains

In general, the best known active ingredients of withania are: alkaloids, steroidal lactones, terpenoids with a tetracyclic skeleton such as cortisol (sitoindosides I-IV). The withania also contains iron, choline, beta-sitosterol, flavonoids, tannins, an essential oil called puranol and several acylsteryl glycosides. Withaferin-A, a bioactive steroid lactone, is the most important phytoconstituent of Ashwagandha.

In the book “Plant Viruses: Evolution and Management“, edited by Rajarshi Kumar Gaur et al. the active constituents of Withania have been reported very precisely. In particular:

Ashwagandha: properties and use according to the ayurveda tradition and collected scientific studies

Ashwagandha is one of the most important herbs in Ayurveda medicine, used as Rasayana for millennia for its wide-ranging health benefits. Withania somnifera has shown, in the numerous studies conducted on it, various biological actions such as anti-aging properties (Withaferin A, antitumor, anti-inflammatory, antidiabetic, antimicrobial, antiarthritic, antistress / adaptogenic, neuroprotective, cardioprotective, hepatoprotective, immunomodulatory ha revealed ability to reduce reactive oxygen species and inflammation, modulation of mitochondrial function, regulation of apoptosis and improvement of endothelial function. It also possesses powerful antioxidant properties that help protect against cell damage caused by free radicals .

Aswagandha benefits for hair and skin

Few people know that Ashwagandha is also used in packs or masks for skin and hair. In particular, it has been studied in depth by Kuppurajan K. et al and the research has been reported in this book, published in 1980, entitled: “Clinical applications of Ayurvedic and Chinese herbs”. According to experts, Withania root powder would indeed be useful for:

Rich in antioxidants, it is a valid treatment to combat the signs of aging of the skin, including the face.

Why does hair turn gray?

Graying is the most drastic change in aging in hair. What happens when the hair turns gray? Basically, the hair at a certain point stops producing melanin in the root area, so that the new shaft grows back without pigment, and this happens because the cells responsible for the production of melanin are dead or inactive. Why does hair turn gray? dysfunction of the melanin biosynthesis pathway, caused by a number of factors, is probably the direct cause of hair graying.

Hair graying is usually progressive and permanent, although there are occasional reports of spontaneous re-pigmentation of gray hair: reports of re-pigmentation of previously white hair following certain inflammatory processes and drug use have suggested the possibility of cytokine-induced recruitment of melanocytes of the outer sheath in the hair bulb. The white of the gray hair is instead due to an optical illusion: the pale yellow of the keratin appears white due to the reflection or refraction of the incident light. White hair is completely devoid of melanosomes and color.

What is meant “premature gray hair”? and what are the causes?

By premature graying of hair (PGH), also known as graying, the graying of hair before the age of 20 in Caucasians and before the age of 30 in the African American population. The exact etiopathogenesis remains unknown, although it has been associated with genetic factors, premature aging disorders, atopy and autoimmune diseases, and metabolic diseases. Premature graying can also occur as a result of inflammation, excessive exposure to UV rays, stress, smoking and excessive use of certain chemicals. Therefore, gray hair is not always a natural consequence of age: concerns and alterations in the immune system can cause it to increase rapidly or anticipate its growth. It has been proposed that the direct or indirect effect of all these factors results in the generation of reactive oxygen species (ROS), thus leading to further damage. Premature graying is considered a pathological state: in Ayurveda it is called palitya. 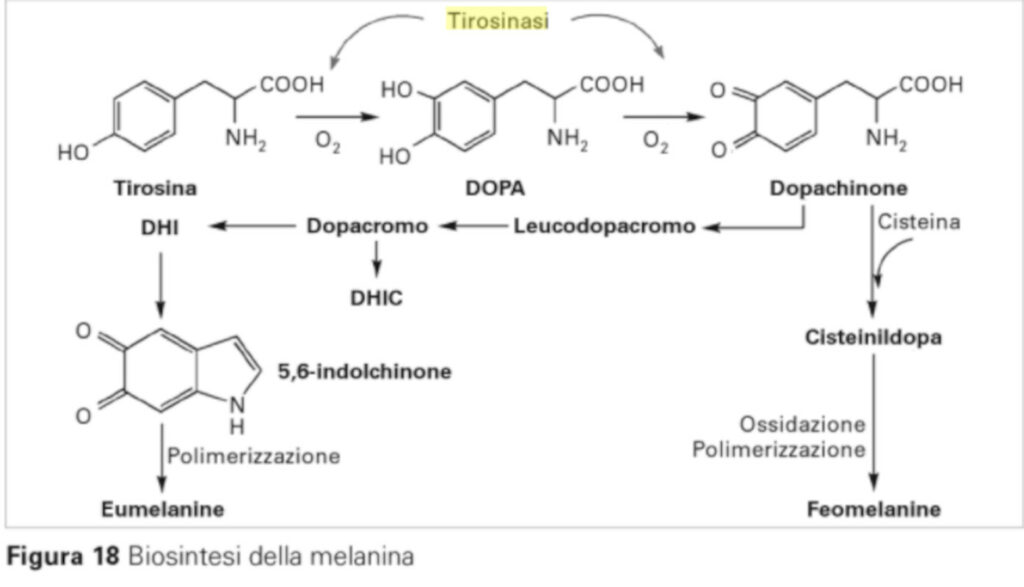 Hair pigmentation is one of the most unique features in humans ranging from black, brown and blonde to red. Human hair color is due to the melanin pigment produced by melanocytes which are neural crest derivatives. Human hair follicles contain two types of melanin as follows: eumelanin and pheomelanin.

The diversity of hair color comes mainly from the quantity and ratio of black-brown eumelanin and reddish-brown pheomelanin. It has been hypothesized that the pH and cysteine ​​level of melanosomes influence the hair phenotype. When the pH decreases, there is a progressive reduction in tyrosinase activity leading to an increase in pheomelanin and reddish or blond hair. A mutation in the melanocortin-1 receptor (MC1R) gene causes a coppery or red hair color. This mutation is usually seen in Northern European individuals with less sun exposure. A 2012 study showed a recessive mutation in tyrosinase-related protein 1 (TYRP1) in people with blond hair. 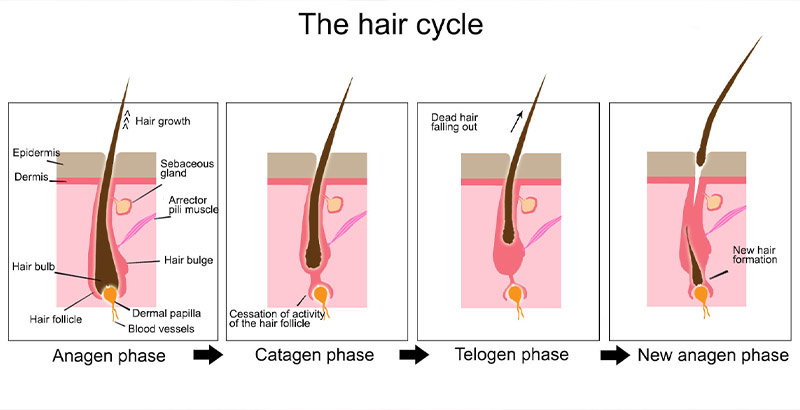 Unlike skin where pigment production is continuous, melanogenesis in hair is closely associated with the phases of the hair cycle. Hair is actively pigmented in the anagen phase and is “dull” during the catagen phase and absent during telogen. Therefore, each hair cycle is associated with the reconstruction of an intact pigmentary unit of the hair follicle, at least for the first 10 cycles or so, that is, up to the age of 40. Gray and white hairs subsequently appear, suggesting an age-related and genetically regulated depletion of the pigment potential of each individual hair follicle.

Why does hair turn gray or white: the process

During anagen, there is a marked reduction in the number of melanogenically active melanocytes in the hair bulb of the hair follicles through autophagolysosomal degeneration leading to pigment loss. Defective melanosomal transfer to cortical keratinocytes or melanin incontinence due to melanocyte degeneration is also thought to contribute.

Aging of melanocytes can be associated with:

Degenerative changes within the hair follicle are associated with an increase in dendritic cells in the hair follicle. Genetic and environmental elements influence hair follicle stem cells and melanocytes. Shortening of telomeres, decreased cell numbers and certain transcription factors have all been implicated in this aging process. In turn, these molecular alterations lead to structural changes in the hair fiber, decrease the production of melanin and lengthen the telogen phase of the hair cycle.

Tobin and Paus proposed that the graying is caused by the depletion of the bulbar melanocytes of the hair follicle, due to the dysregulation of antioxidant mechanisms and the expression of anti-apoptotic factors. According to the researchers, the overproduction of copper-zinc superoxidase induces excessive H2O2 formation and triggers oxidative damage. Accumulated reactive oxygen species (ROS) impose significant oxidative stresses both on the bulbar melanocytes per se and on the highly proliferative hair bulb epithelium (consisting of keratinocytes). According to the theory, the graying can be caused by a reduced activity of tyrosinase in the melanocytes of the hair bulbs. Additionally, graying can result from insufficient migration of melanocytes from the upper outer root sheath to the hair bulb that is closest to the dermal papilla. The levels of both anti-apoptotic factors (including BCL-2) and melanogenic enzymes (TRP-1 and TRP-2) are indeed valuable indicators of graying.

Most people prone to graying rely on hair dyes. Hair colors can be made from natural products or they can be artificially synthesized. The advantage of natural hair dyes is that they are hypoallergenic and non-toxic. We have chosen for our customers the vegan ok ones, without picramé and certified.

If used from the first gray or white hair, Ashwaganda could however delay graying thanks to its tyrosine content, essential in melanogenesis. According to research, Ashwagandha would in fact have the effect of reducing the loss of melanin by preventing premature graying.

How to use Withania root powder 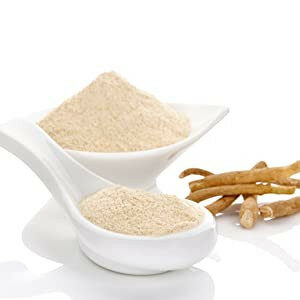 An Italian company leader in professional and vegan ok natural dyes, in collaboration with the Federation of Italian Herbalists and the La Sapienza University of Rome, has developed the vegan ok Ashwaganda powder pack, for the well-being of hair at the first signs of graying and for its strengthening and stimulating properties for the blood circulation of the scalp. Obviously it will not have an effect on already existing white hair, but it can be a valid help to reduce its onset. You can use the Ashwagandha Phitofilos roots powder, vegan ok, which you find here, both for hair and face packs, exploiting all its anti-aging potential.

From reviews, by PubMed: