Moxa treatment: what is & moxibustion benefits

by ErboristeriaComo | Dec 3, 2021 | Natural remedies and our useful tips 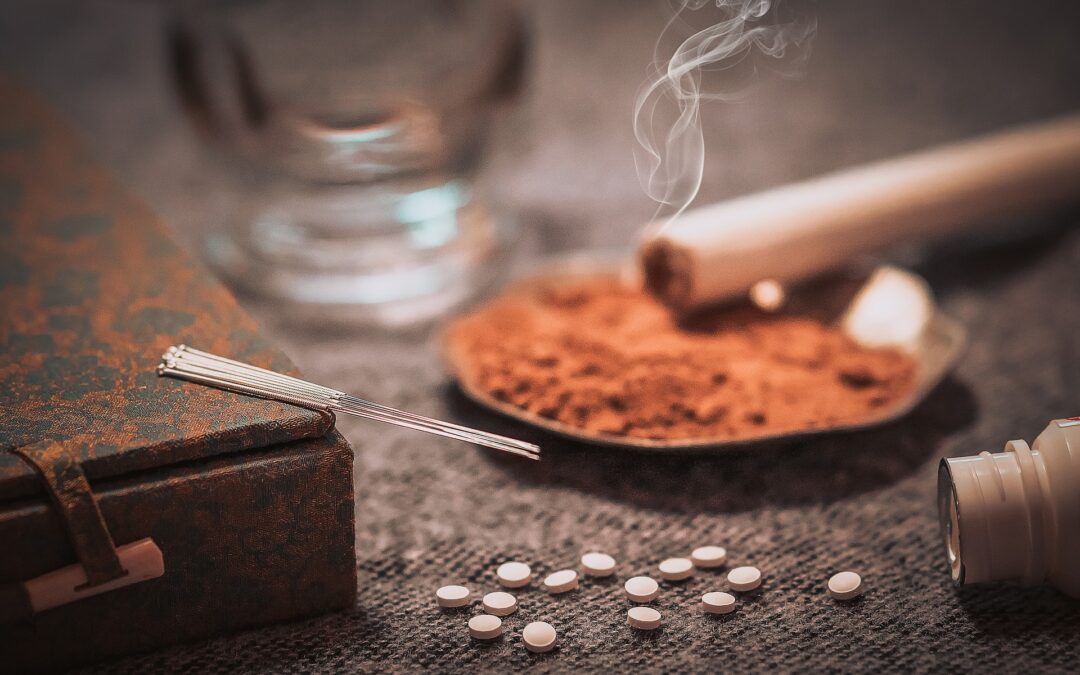 Many customers when they see the Moxa are intrigued about what it is and what they are for. So, by popular demand, we at Erboristeria Como have decided to write this post on Moxa, heat therapy.

Moxa is a French word that originates from the Japanese “mogusa” and has come to us through the Dutch who settled in Japan during the sixteenth and seventeenth centuries. In Chinese it is called “jiu”: the ideogram is composed of the element “fire – man lying down”. The pronunciation of this ideogram in Japanese is kyu. The word “moxa” also indicates touching very quickly with heat some specific points of the body itself.

Moxa: what it is

Increasingly requested, especially by those who practice shiatsu, moxa is a dried Artemisia vulgaris cigar, aged 7 years. The one you find on Erboristeriacomo.it is the most classic moxa, the original in shape and length, used in Chinese medicine. Half off, it can be reused several times. It does not crumble and burns evenly. 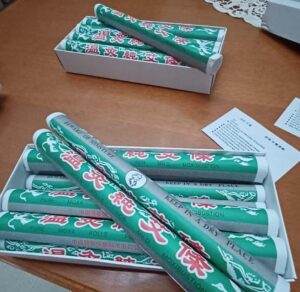 Artemisia vulgaris (Mugwort) is a perennial herbaceous plant, already used by the ancient Druids. It is recognized for its erect and very branched posture; reaches a height of 1.5 meters. It has a purple stem. The divided leaves, dark green, are covered by a whitish down on the underside; moreover, it has numerous brownish-reddish or yellow flowers. Believed to originate from Eastern Europe and Western Asia, today it grows spontaneously in the temperate zones of the world.

It is precisely the white down of the lower leaf that is used for moxibustion, a process often associated with acupuncture, with which the dried and compressed herb in the form of “cigars” (or “cones”) is burned in the vicinity of certain points of the body (called “tsubo”) located along the so-called energy meridians that refer to various organs, in order to stimulate these points with heat. The radiated heat restores the energy flow thus restoring psycho-emotional balance.

The moxa technique was also used in the past in Europe to relieve gout and rheumatism. It also recurs in the British Herbal Pharmacopoeia as a specific remedy for amenorrhea and dysmenorrhea.

Moxa treatment: when to practice it?

In reality, with moxa you can also solve more complex problems such as impotence, the abnormal position of the fetus or alcoholism: these aspects obviously require specific skills. Warning: the heat, together with the smoke of the medicinal herb, has a beneficial effect on the weak parts of the energy circulation; however, heat moxa therapy should only be used by experienced therapists, as knowledge of both acupuncture and the intensity of the heat given off by moxa sticks is required.

Moxa treatment: the foundations on which it is based

At the basis of moxa-therapy is the existence of Ch’i (Prana in Sanskrit, ki in Japanese): a sort of primordial energy that forms the basic fabric of the universe. It supports all existential phenomena allowing the carrying out of vital functions, but also of the emotional, mental and spiritual ones of the human being. The Ch’i, circulating in the human body becomes: intelligence in the mind, love in the heart and vital impulse (movement) in the belly. Furthermore, according to oriental medicine, each individual is considered a microcosm crossed by “energy channels” (called Meridians), in which vital energy (called Ch’i) flows. As deficiencies, disorders, or the stagnation of the Ch’i cause disease, some oriental therapies try to restore the balance in the organism by promoting the correct circulation of the Ch’i in the meridians through which the energy has its preferential path. .

The ancient Chinese describe the world by combining two primary energies, one solar (centripetal) and one lunar (centrifugal), which they called respectively yin and yang. One enters the body from the apex of the head (through point 20 of the Governor Vessel meridian) down to the soles of the feet, while the other goes up into the body from the soles of the feet (at point 1 of the kidney meridian) up to the apex of the head. These two types of energy are also connected to five elements (wood, earth, fire, water, metal) which interact with each other, creating a series of relationships and assuming a series of values ​​and meanings: thus a yin organ is associated with each element. and a yang, an emotion, a form of expression, a color, a flavor, a fruit, because each element is nature itself. Each element also corresponds to specific meridians. Eg:

According to these theories, therefore, vital energy (called Ch’i) flows in the energy channels (called Meridians) that pass through each man, in accordance with the theory of the 5 elements. 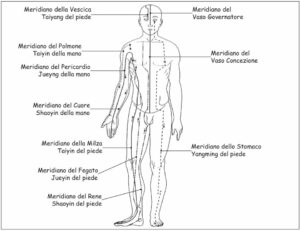 Since according to Chinese medical philosophy, the disease is determined by a lack or stagnation of the Ch’i, also Moxherapy acts by trying to remove these energy blocks by promoting the correct circulation of the Ch’i.

Syndromes, channels, organs: how to determine on which points to act with Moxa therapy

The differentiation of Syndromes in Chinese Medicine is a diagnostic method based on the identification of the nature of diseases through the analysis of clinical data, following the general systemic evaluation of the “Eight rules of diagnosis”, which takes into account the following characteristics of the disease: internal / external, cold / heat, defect / excess, Yin / Yang.

Furthermore, it is good to know that there is an ancient method of identifying Syndromes based on the 12 channels (references can be found in the “Ling Shu Jing”) as well as the method of identifying Syndromes according to internal organs. The canals and their corresponding internal organs can be compared respectively to the branches and roots of a tree. For the identification of the syndromes based on the channels it is necessary to know in depth the main channels, their superficial and deep paths, the conditions of Excess and Deficit of the channels. The former are characterized by intense pain, stiffness, contractions and cramps; the latter, on the other hand, from dull pain, weakness, muscle atrophy, numbness.

Moxa heat therapy: what is moxi-combustion and how does it happen 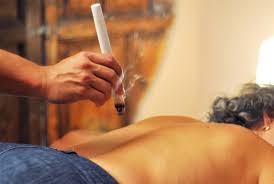 Moxibustion is the process by which moxa (dried Artemisia vulgaris cigars) is burned either directly on the skin or indirectly over specific acupuncture points. The purpose of this Moxa heat therapy process is to heat the Qi and Blood in the channels. Moxibustion is most commonly used when it is necessary to expel Cold and Humidity (both pathogenic influences of the Yin type), or to tone up the Qi and the blood. Since moxibustion heats the body, it is not indicated in internal heat diseases, and in cases of internal excess. In Chinese Medicine:

Once ignited, moxa burns slowly and provides penetrating heat that can readily enter channels and affect the flow of Qi and blood. Moxa burns with a distinctive smell. Moxibustion can be indirect or direct.

Indirect moxibustion: what it is

The most common method is to burn the moxa indirectly, either above the skin or some other medium between it and the moxa. Cigars or moxa cones can be burned on a slice of ginger, garlic, or a layer of salt. The choice of the means of separation between the moxa and the skin will depend on the pathology treated and the clinical opinion of the therapist.

Moxa sticks are lit and held above the area to be worked on; they are rolled around on themselves or raised and lowered quickly around the affected area for up to ten minutes, without touching the skin. Moxa cigars can be cut into smaller pieces which are then placed on the end of a stainless steel or copper needle when this has been driven into the appropriate spot. The moxa at the end of the needle lights up. In this way the heat not only heats the skin but is also drawn, through the needle, into the canal. You can also wrap loose moxa on the needle and use it in the same way.

When it is necessary to spread the heat over a more general area, for example when there is low back pain due to Qi stagnation in the canals, quantities of moxa can be burned on a metal grid inside a moxa box placed over the affected area. Once again, the choice of when and where to use moxibustion, alone or together with acupuncture, depends on the clinical judgment of the therapist, which however must be explained and shared with the patient.

Direct moxibustion: what it is

Direct moxibustion, less used, consists in breaking up the moxa into small pieces (cones) which are placed on a certain point of the body and ignited. The moxa cone is allowed to burn until it almost touches the skin, then it is removed and other cones are added just enough to make the therapist consider the treatment finished. If the cone is burned too much, the skin can burn, and although there are direct moxibustion practices in which burns are actively encouraged, this is not the case with moxibustion practiced in the West.