Over the past three decades, green tea, made from the leaves of the Camellia sinensis plant, has been studied for its beneficial effects including: anti-inflammatory, neuroprotective against neurological disorders, anti-cancer (“green tea catechins are widely described as effective in the prevention of lung, breast, esophageal, stomach, liver and prostate cancer “…” their beneficial effects may support the standard anticancer approach“, source: “Beneficial Properties of Green Tea Catechins“, 2020, PubMed e International journal of molecular Science Int J Mol Sci.2020).

Green tea has also been shown to reduce body weight, relieve metabolic syndrome, and prevent type 2 diabetes and cardiovascular disease in animal models and humans. However, not all drinks or green tea extracts seem to be effective on body weight: only those rich in catechins, or at least in which the catechins contained are higher than the minimum dosage of 150 mg/day (source: Green tea beverages enriched with catechins with a galloyl moiety reduce body fat in moderately obese adults: a randomized double-blind placebo-controlled trial, 2016, PbMed). 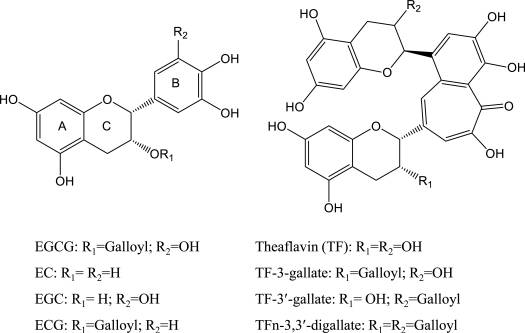 Recent scientific research indicates that the number of hydroxyl groups and the presence of characteristic structural groups have an important impact on the antioxidant activity of catechins. Catechins show the strong property of neutralizing reactive oxygen and nitrogen species.

As for the metabolism, the catechins:

So, Green tea benefits: what did it turn out? Green tea from Camellia sinensis has been shown, in adequate doses of catechins, to:

The hypothesized mechanisms of action

The relative importance of these two mechanisms depends on the types of tea and diet consumed by the individuals. Activated AMP-activated protein kinase would decrease gluconeogenesis and fatty acid synthesis and increase catabolism, leading to reduced body weight and attenuation of the metabolic syndrome. 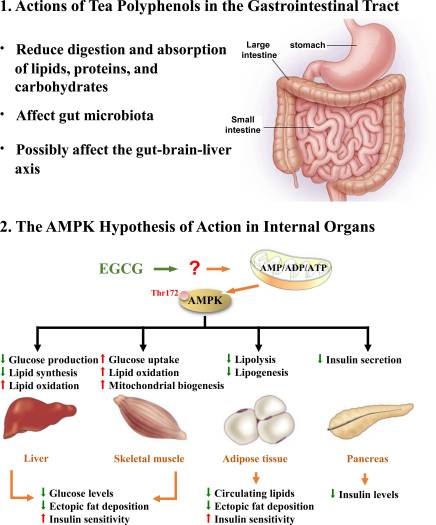 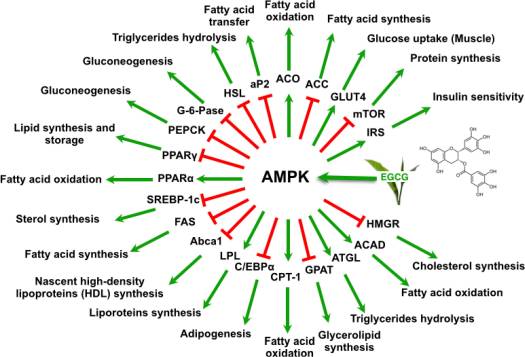 Findings in some published scientific studies

Already in 2007, in a study published in PubMed and entitled “Obesity and thermogenesis related to the consumption of caffeine, ephedrine, capsaicin, and green tea”, there was a discussion about some substances including caffeine, ephedrine, capsaicin and green tea, such as strategies for weight loss and weight maintenance; these substances had been considered for their ability to increase energy expenditure and proposed to counteract the decrease in metabolic rate that is present during weight loss. The study found that:

Green tea, containing both tea catechins and caffeine, can act through the inhibition of catechol O-methyl-transferase and the inhibition of phosphodiesterase. Here, the mechanisms can also work synergistically. Furthermore: tea catechins have antiangiogenic properties that can prevent the development of overweight and obesity; the sympathetic nervous system is involved in the regulation of lipolysis and the sympathetic innervation of white adipose tissue can play an important role in the regulation of total body fat in general”.

Furthermore, in an article published in PubMed “Nutraceuticals for body-weight management: The role of green tea catechins, 2016”, the catechins of green tea mixed with the caffeine contained in the extract have been proposed as adjuvants to maintain or increase energy expenditure. and to increase fat oxidation, in the context of obesity prevention and treatment. Their effects are also of particular importance during weight maintenance after weight loss. In conclusion, a green tea extract has a beneficial effect on body weight management, especially through sustained energy expenditure, fat oxidation and maintenance of lean body mass, after the loss of body weight induced by energy restriction.

You can find on erboristeriacomo.it our natural fat burner which is based on an exclusive synergized complex based on cassia noname aerial part dry extract tit. 8% in total catechins, Tamarind fruit dry extract tit. 5% tartaric acid and green tea from Camellia Sinensis leaves dry extract tit. 40% in epigallo catechin gallate. Cassia nomame assists the metabolism of triglycerides and cholesterol, green tea extract is useful for the balance of body weight, tamarind for the regularity of intestinal transit and it is recommended to take one tablet before lunch and one before dinner.

It is obvious, however, but it should be pointed out, that supplements are not intended as a substitute for a varied and balanced diet and a healthy lifestyle. BruciaFat can also be associated, to exploit its synergism, with a strong draining supplement or a “shock” drainage supplement, with the aim of eliminating excess fluids), with a disappetive supplement that contains griffonia, gymnema that promotes carbohydrate metabolism, banaba and cinnamon) or a supplement to reduce fat mass.

ALL RIGHTS RESERVED, THIS TEXT IS NOT REPRODUCIBLE WITHOUT EXPRESS AUTHORIZATION OF ERBORISTERIA COMOVisit our herbal department for any clarification or for more information.